In August 2015: This text is not exactly a text. It’s content is difficult to tell by only words. It is a performer’s script, planned to be performed in a specific situation, for a specific audience. I have added some parentheses and photographs that were taken afterwards, to make this more accessible to the reader. 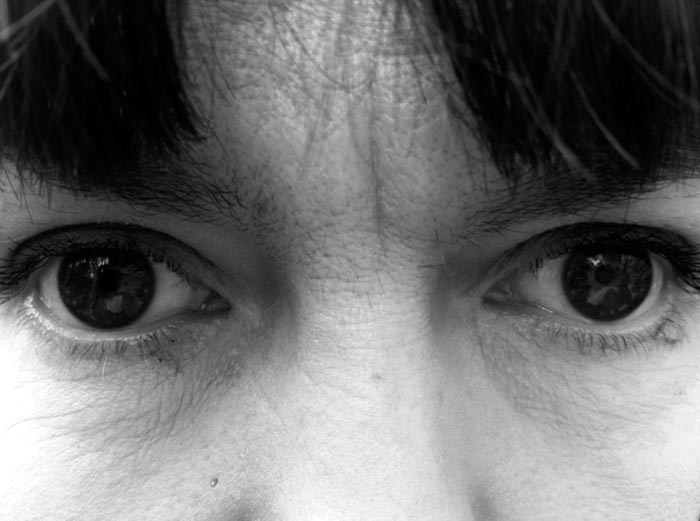 My name is Anu Koskinen. I am an actor and doctor of theatre arts since 2013. This is a lecture-demonstration about my artistic post doctoral research project To the Stage with Foucault – How to Embody the Ecocatastrophe? It goes like this.

(I put on a power point slide, where Michel Foucault grins. I put a scarf on my eyes and lift my hands up.)

Dear Michel Foucault. How have you been since you died in 1984? I am thinking about you a lot, and I am not the only one. Isn’t it nice to think so? Are you looking at me? This is my body. (I show.) It has gone through many things, from birth to giving birth, from ballet classes to several methods of actor training. It is flesh, bones and blood from the year 1973 and right now, in Carpa 4 colloquium on Suomenlinna in 2015, it is like this. 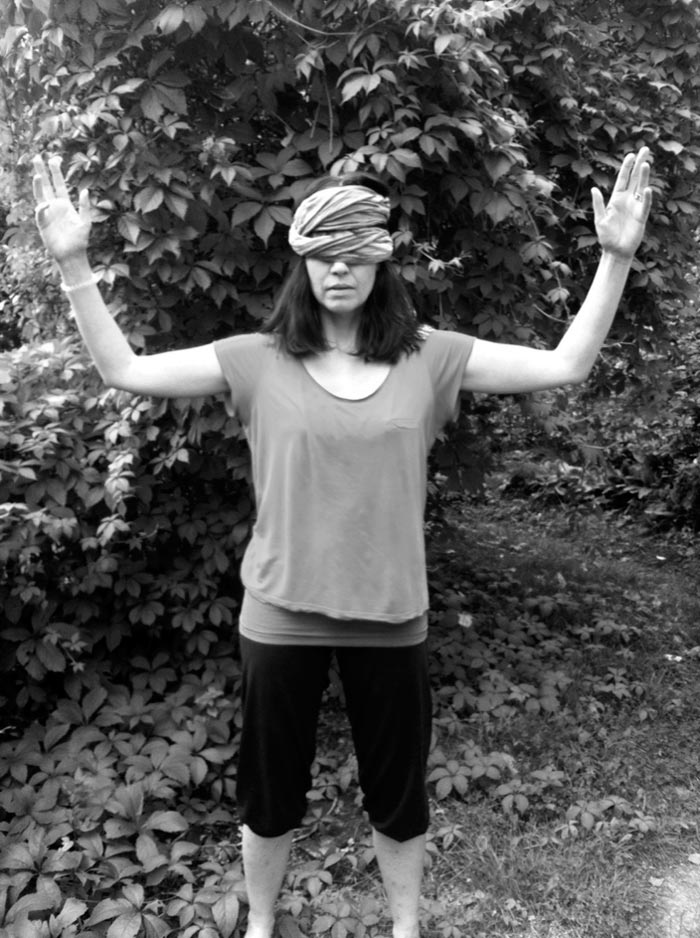 I want to tell you something about the time and place that I am living in with my body these days. Because we have some issues here. In fact, you might remember the first World Climate Conference in Geneva in 1976. Do you? Don’t you? They were talking about the new kind of knowledge concerning the so called greenhouse effect, the increasing of the carbon dioxide in the atmosphere, that is probably caused of burning fossil fuels. They said that it’s not a good thing, and that it might get worse in the future? Well, it did. Nowadays we have extreme problems with global warming and climate change, and it seems likely that it is mostly due to human actions. To be precise, to human actions in rich, so called developed countries. We in these countries, like in Finland and France, cause problems and death for both the non-human organisms, populations, ecosystems, biomes and the biosphere – and the very human, poor people in developing countries and arctic areas, and to ourselves. At least if I believe in the right sources. Michel, I have a feeling that I do. I have been wondering, what would you say if you would be here today and see the ecocatastrophe that is happening, the forms of knowledge and networks of power relations connected to it. Would you be interested? Hey, are you interested?

(I move the scarf to my forehead.)

Do you think that he was looking at and listening to me? I kind of do everything for him. I try to do the right things. (I shut my eyes.) It is kind of scary that you never know if you are watched or not. (I open my eyes.) Usually, I hope that I would be. I like to be watched.

(I throw the scarf away.)

I am doing my artistic research project as a visiting researcher at Tutke, The Performing Arts Research Centre, in Theatre Academy of University of Arts Helsinki. It is going to be a three year project and I have been working for four months now, so my work is very much in progress. I utilized Foucault’s thoughts and concepts in my dissertation and now I want to continue working with them, but in new, very different ways. I am analysing people’s perceptions and actions in the ongoing ecocatastrophe – the wave of extinction, polluting and especially climate change. I am particularly interested in using the concept of technology of self.

Technologies of self, in Foucault’s own words, are

“Operations on their own bodies and souls, thoughts, conduct, a way of being, that people make either by themselves or with the help of others, in order to transform themselves to reach a state of happiness, pureness, wisdom, perfection or immortality”.

In the context of climate change, this could raise this kind of questions:

But what does all this mean in the context of theatre, of performance, of artistic research done by an actor?

My research questions are:

I am combining here my three greatest interests. There’s theatre, performance. There’s environmental ecology and there’s Foucault’s thinking. I want to develop a way to do both the analysing of technologies of the self and presenting the conclusions not only by writing, but by moving, acting, showing, with the body, by performance. I am learning to think the ecocatastrophe with the help of this method. Later I will do a whole performance that will be based in the work I am doing now, and then I will write texts about this process. Now I am going to tell, how I am doing the analysing with the body, and show some embodied material that I have been producing.

(I put on an another slide with Michel Foucault. Foucault is sitting, leaning backwards and looking a bit suspicious.)

Hello again, welcome back! I am going to show something to you and these people. (I start to walk around.) I go to a place with some free floor space. I warm up a little, usually with music. Then I continue by constantly moving, sometimes it is walking, sometimes it’s something else. (I move) 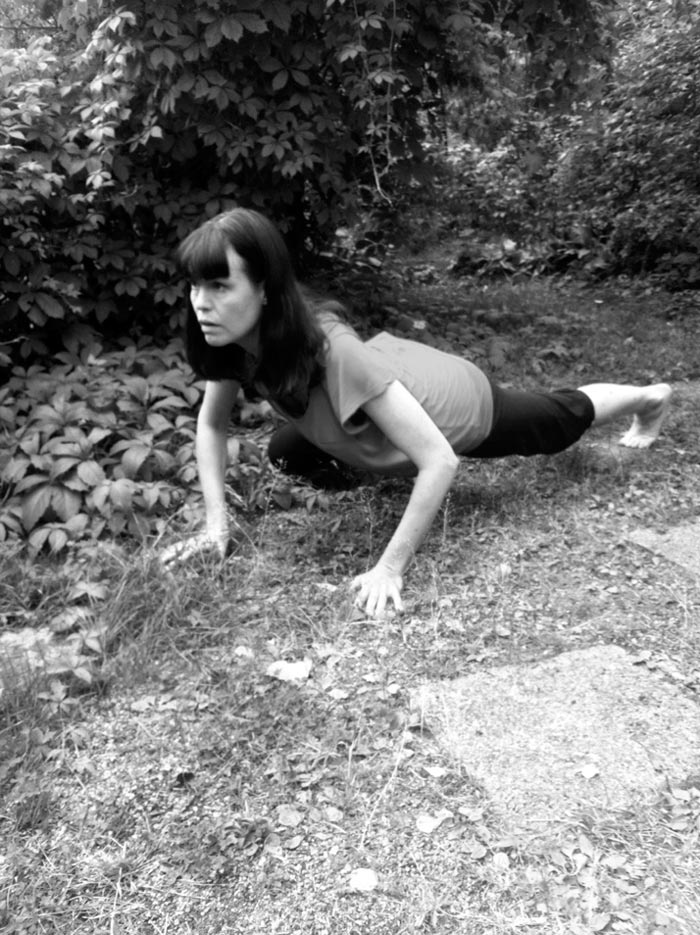 Then I just start to speak about some subject that has something to do with ecological issues, like climate change. The subject that I choose is always inspired by the concept of techniques of the self, but it also connects to my own perceptions of life. I start to talk for example about something that I have read from a newspaper or something that somebody just said to me, or about some distant memory of something that I have been doing. If I want to, I can go and write quickly something down like this (I show), but I don’t allow myself to sit down and stop the motion. And when something comes up that feels very important or interesting, then I stop (I stop), maybe I say it again and then something just happens.

(I move again, in different ways.)

There are many ways to deal with the knowledge of the ecocatastrophe. Some of them I don’t even let in to this room, now that I have the power to do so. (I quickly perform a person who doesn’t believe at all in climate change. Then I push that fictional person out of the room.) We don’t have time for you!

So, I guess that my fundamental assumption today is that (I stop all movement) climate change is true. (I fall to the floor. I move on the floor like a person who is suffering extreme pain. Then I stop.)

What does it make of us, if we take climate change as given? How do we construct ourselves, our bodies and souls, thoughts, conduct, and ways of being? How can we transform ourselves today to reach a state of happiness, pureness, wisdom, perfection or immortality? (I move.) Happiness, pureness, wisdom, perfection or immortality.

There are many alternatives. Now I show you three of them. 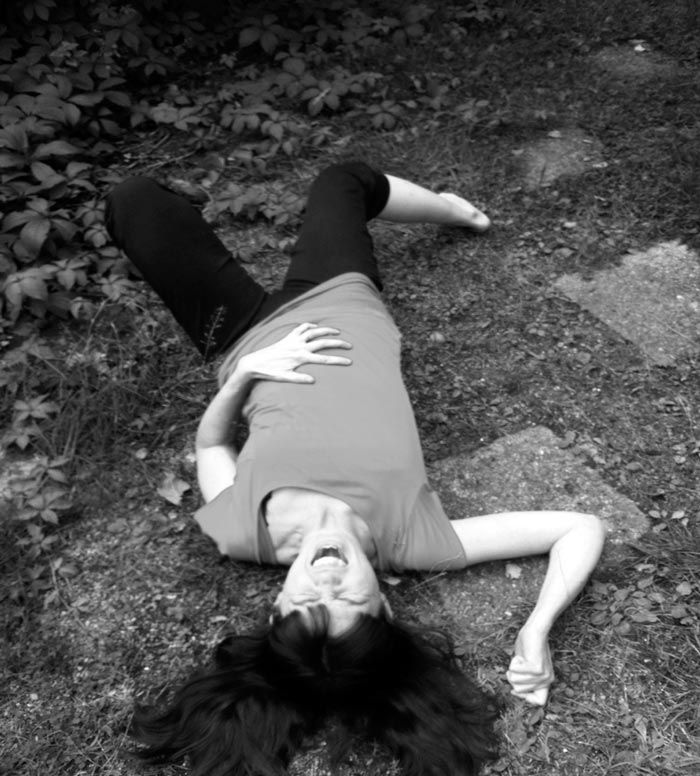 First question: What do we believe in? 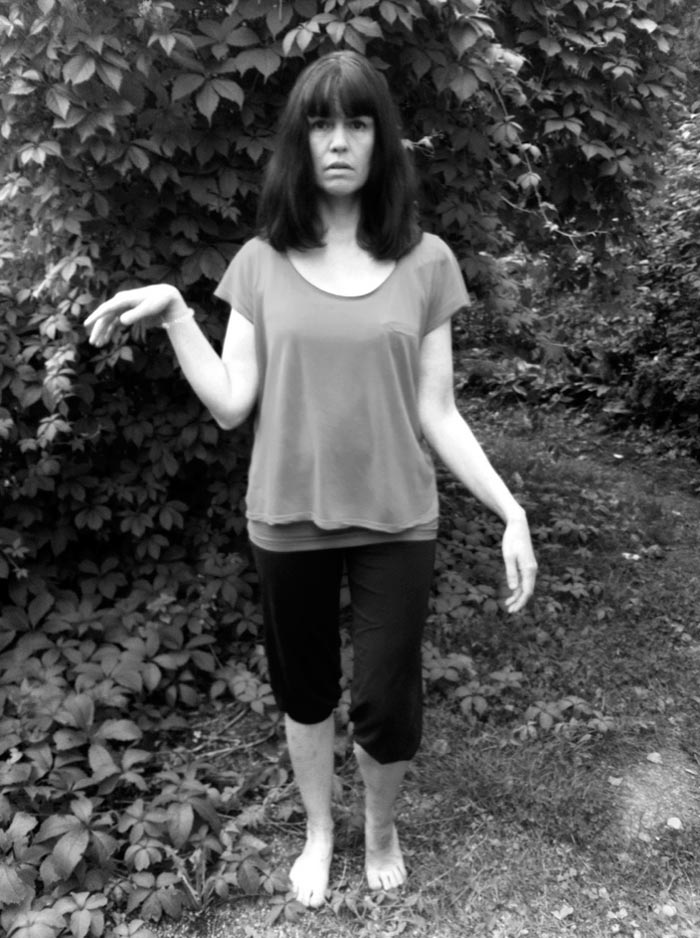 (In picture: Technology of the self 1)

TECHNOLOGY OF THE SELF 2: (I stand on a chair and shout.)
YES, WE CAN! We can solve this with new innovations! We don’t have to give up anything! We can have everything without hurting anyone!

TECHNOLOGY OF THE SELF 3: (I make gymnastics movements.) Yes we can, and we have to. We are guilty, and we are the ones who have to take the responsibility of our actions. We simply can’t have anything.

The second question: What kind of techniques and tactics do we use?

TECHNOLOGY OF THE SELF 2: (Standing on a chair.) I am going to embrace the green growth, all clean-tech, pure technology. Give me a Green new deal! Give me solar panels! Give me a natural gas car! Give me airline companies who plant trees every time I fly! Give me pure bankers who take my money away from the coal energy companies and put them into ethical investments! We have to go big; we have to think big! We have to make environmentalism as sexy as capitalism!

(In picture: Technology of the self 2)

Third Question: What is our vision of the future?

TECHNOLOGY OF THE SELF 2: (Standing on a chair.) We are going to save the planet. And we don’t have to give anything away! We are going to get into the good loop that will be producing itself eternally! We will have both those big, sparkling arch bridges for our big, good smelling cars and eternal life!

TECHNOLOGY OF THE SELF 3: (Gymnastic movements) We are not going to save the planet, to save the non-human, because the planet and the non-human will be fine without us anyways. We are going to save ourselves, the humans. And if we won’t, at least we have tried. If my children will ask about it, I can say that I tried as hard as I could. That I tried very, very hard. 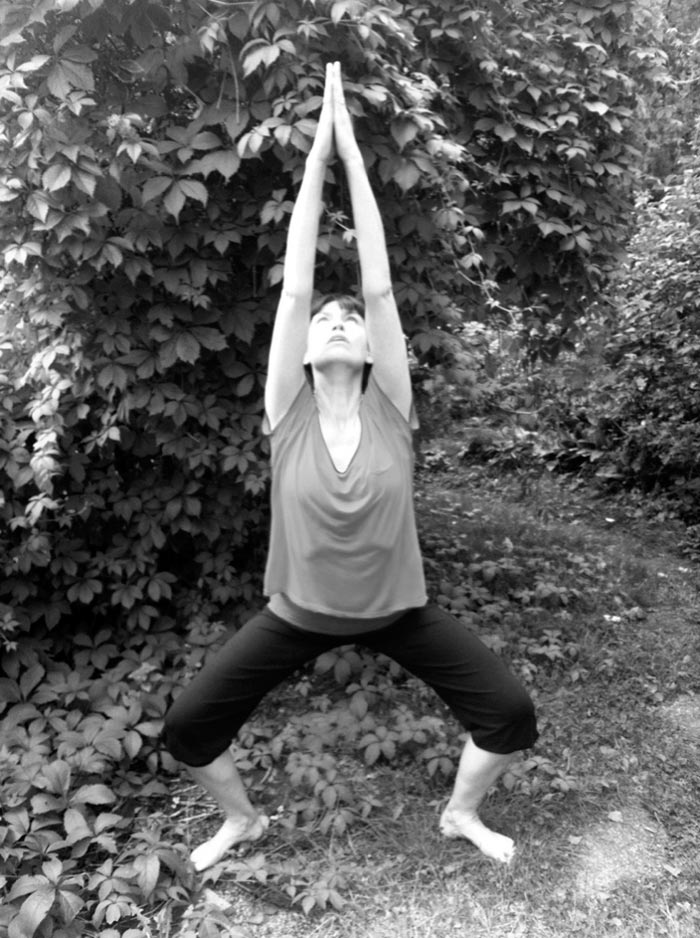 (In picture: Technology of the self 3)

Project is funded by Koneen säätiö.